What is the macroclimate and how does it affect our health? Many of us are not entirely sure what this term means or do not necessarily connect it with health Actually, it’s not that complicated; The Expert Report on the Heringsdorf curative and healing forest describes it as follows (excerpt) ... 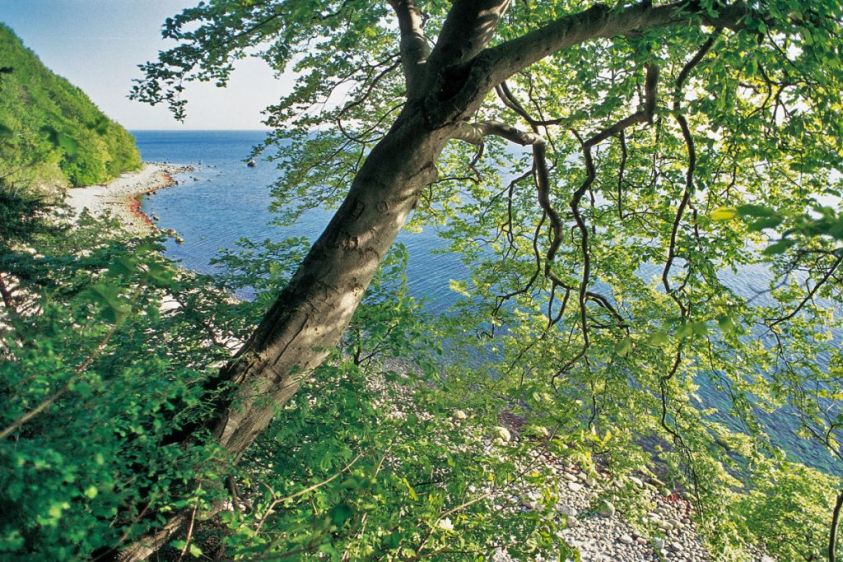 The Lambda macroclimate area is the most widespread coastal climate in Mecklenburg-Vorpommern. An approximately 20 km wide strip from Lübeck to East Rügen along the Baltic coast is covered by flat coastal terrain. The remarkable aspect of this climate is the low average precipitation compared to the adjacent inland Alpha macroclimatic zone – whereby the Lambda zone has a higher humidity.

Further east along the coast, the Lambda climate zone is replaced by the Kappa zone, with what is known as the "Usedom climate", covering the entire island of Usedom and a narrow strip of south-east Rügen and the mainland from Stahlbrode through Eldena to Wolgast. Heringsdorf Forest is located in this climatic zone.

The Kappa zone is characterised by climatic conditions which are generally comparable with those of the Lambda coastal climate. Compared to Lambda, however, precipitation is about 40 mm/year lower, and the ecoclimatic water balance is lower, but still positive – that is, the evaporation during the growing season is less than the precipitation.

The island of Usedom is formed in part from a terminal moraine arc that was deposited about 15,000 years ago during the Weichselian glaciation. Meltwater flowed south into an ice lake, which today forms the Stettiner Haff (Szczecin Lagoon). The rising of the Baltic Sea level led to the formation of a compensation coast, which can be seen on the island of Usedom in the alternation of steep erosion coasts and deposition coasts with wide sandy beaches.
The end moraine ridges have a southern aspect and are overlain by sand deposits with depths of up to 3 m.

This climate situation is reflected in the forest in the dominance of beech on northern slopes and of pine on southern slopes.