The Thingstätte is an open-air theatre built during the Nazi era, modelled on ancient Greek theatres. 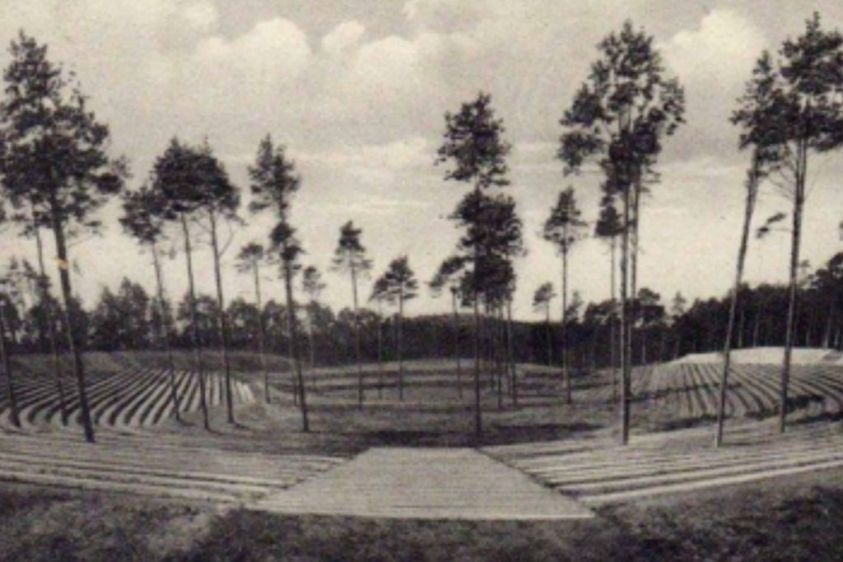 On 1 May 1934, the festive opening of Heringsdorf Thingstätte was organised against an imposing natural backdrop. It had seating for 20,000 spectators. After 1951, work was started by the sports association Lokomotive Heringsdorf to redevelop the site as a sports centre. The project was never completed and allowed to fall into decay. The site has now been reclaimed by nature.