The Baltic resort of Ahlbeck

Glowing red, the sun rises in summer behind the Ahlbeck pier from the sea. Then, when everything is still quiet and the day carefully stretches out its rosy tendrils, the Grande Dame is at its most elegant. 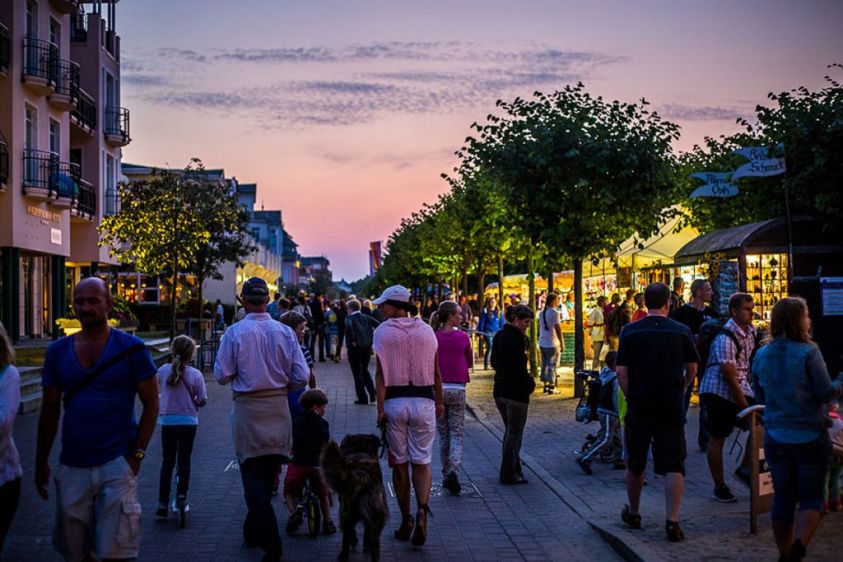 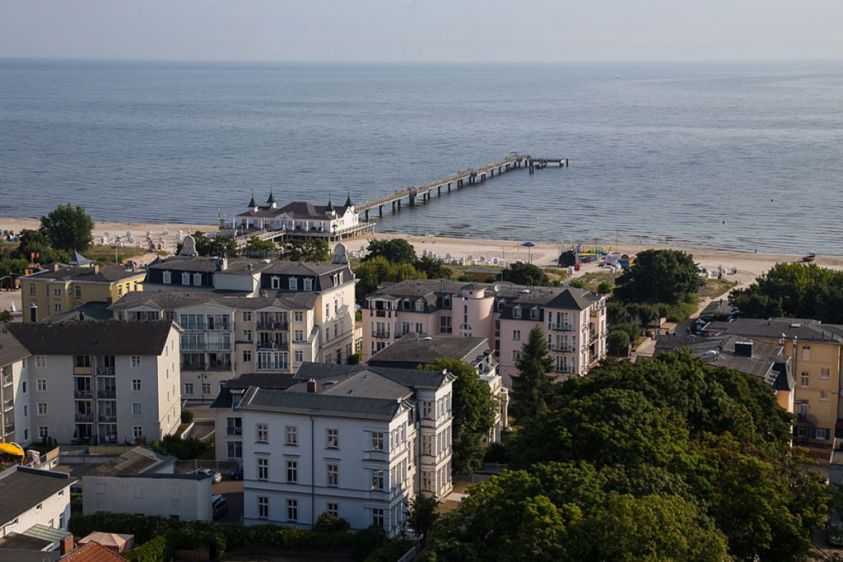 The Ahlbeck pier, built in 1898, is the oldest of its kind still extant in Germany. At despite its age, it is the most popular photo model on the island. It has been the secret star of many films. Loriot, the German comedian, also fell in love with it at first sight. He was so entranced that he had it restored it to its original brilliant whiteness (during the DDR era, it had been painted brown). He also immortalised it in the cult classic film "Pappa ante Portas".

It is an inner urge that drives everyone who comes to Ahlbeck; the first thing they must do is walk on the pier’s wooden boards and out to the Baltic Sea. Take a deep breath of the salty air, let the sea breeze clear your head, watch the swell of the sea – that’s life at its most elemental. That’s life by the sea. The way back from the pier leads over a wide plaza. The Jugendstil clock at its centre transports you out of your own age. The clock was donated to the resort by an appreciative visitor.

The promenade with its small cafés and bistros offers opportunities to linger. And always the sound of the Baltic in your ear. And always the treasures of resort architecture in your eye. The hotels and guesthouses bear witness to a golden era, when children played between striped changing tents on the wide sandy beach, when the visitors from working-class neighbourhoods of Berlin washed away the cares of everyday life in large tubs filled with seawater in the heated baths. The promenade was colourful, full of life. And so it is today. When concerts are performed in the music pavilion or when you enjoy the marvellous view from the ferris wheel during the Ahlbeck summer fair.

It is then that the old Ahlbeck comes back to life again. An Ahlbeck that pre-existed its popularity as a seaside resort. Here some of the houses are stilled thatched with reeds. The old fishermen’s cottages are small and quaint. One of the oldest buildings in the resort is even open to visitors. It is home to the Köpp Gallery.

But when you walk along Stresemannstraße, Bismarckstraße, Ritterstraße, Goethestraße or Kaiserstraße – the beautiful villas and houses of the resort architecture are just as inseparable from Ahlbeck as the fish, which you can enjoy freshly caught and smoked by the fishermen in their huts in the dunes. And in all this, the "then" and the "now" is blended with an incomparable flair.