In 1903, work on plans to create a memorial in honour of the “Iron Chancellor” Otto von Bismarck was initiated. Typically for the Wilhelmine era, it had to be magnificent and gigantic – a tower with column for a torch (42 metres high). 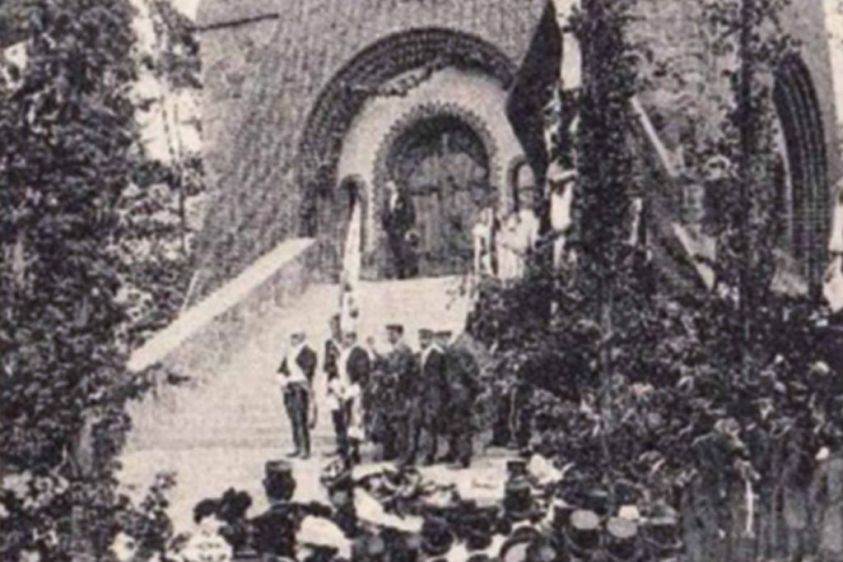 Even an elevator was planned, but this plan never came to fruition. The project faced financial difficulties. Not enough funds were raised by events, so that the construction costs of 50,000 reichsmarks was only raised with great delays via share certificates and donations. The Bismarckwarte was finally inaugurated in time for the summer season 1907.

After the Second World War, a unit of the Soviet army demolished the tower to install anti-aircraft guns on its foundations. Signs of the demolition can still be seen today in scars in the bark of old beech trees.